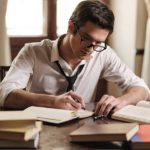 Saturday Paper, Australian Book Review and Overland. Our Magic Hour, her debut novel was shortlisted for the 2014 Victorian

Muriel Barbery was born in Morocco in 1969. She is the author of two previous novels, Gourmet Rhapsody and The Elegance of the Hedgehog. which sold over six million copies. He received a Bachelor of Arts degree in political science from Virginia Commonwealth University and a law degree from the University of Virginia. He practiced law for nine years in Washington, D.C., as both a trial and corporate attorney.

David Baldacci’s works have appeared in numerous magazines, newspapers, journals and other publications worldwide. He has authored seven original screenplays. His books – all of which have been national and international bestsellers – have been translated into more than 45 languages and sold in more than 80 countries; over 110 million copies are in print worldwide.